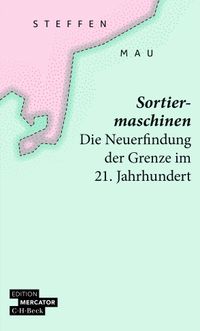 According to a common narrative, nation-state borders are becoming increasingly porous in globalisation. Cross-border mobility is thus becoming a universal experience - at best temporarily interrupted by the return of nationalist politics. Steffen Mau shows that this view is deceptive: from the very beginning, borders are not getting more permeable in globalisation, but have become powerful sorting machines. Today they fulfil their separation function better and more effectively than ever.

While the cross-border movement of people has steadily increased in recent decades, a counter-development has taken place at the same time: in many places new deterrent walls and militarised border crossings can be observed. Borders have also become increasingly selective . Supported by digitalisation they have been upgraded to smart borders, and border control has expanded spatially on a massive scale, even becoming a global enterprise that is detached from territory. Sociologist Steffen Mau analyses how the new sorting machines create mobility and immobility at the same time: for desired travellers, borders are supposed to open like department stores' doors, for others they are remain more firmly closed than ever. While a small circle of privileged people are allowed to travel almost everywhere today, the vast majority of the world's population continues to be systematically excluded. Nowhere is the Janus face of globalisation more evident than at the borders of the 21st century.