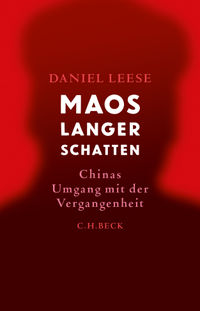 Between refurbishment and the final stroke: The Chinese Communist Party and the legacy of Mao. How can a dictatorship deal with the legacy of injustice and state crimes committed under its rule? The Chinese Communist Party was confronted with this question after the death of Mao Zedong in 1976. The mass campaigns of the "Great Leader" had claimed horrendous numbers of victims and brought the country to the brink of civil war.

Under Mao's successors, the party began a large-scale experiment in historical crisis management. Millions of politically persecuted people were rehabilitated, compensation payments were made and perpetrators were brought to justice, above all the "gang of four" around Mao's wife Jiang Qing. The aim was to focus all energies on economic reform policies. But the shadows of the past could not be so easily dispelled, and the effects of this policy are still felt today. Based on a large number of hitherto unknown documents, the Freiburg sinologist Daniel Leese draws a broadly based panorama of Chinese politics and society during the critical phase of upheaval between 1976 and 1987.